KyrSEFF+ at the Bishkek Build exhibition

More than 300 individual consultations provided to interested companies and individual home owners: this is the result of the work of the KyrSEFF+ consultants at the Bishkek Build exhibition, which was held in Bishkek from March 29 to March 31, 2017. According to the organizers of the exhibition, this year, the event achieved a record number of visitors. During the three days, Bishkek Build was visited by more than 5,000 people, mostly from domestic businesses but also representatives from more than 15 countries of the world. The KyrSEFF+ stand was very popular, which is primarily due to the growing understanding of domestic businesses about the need for green technologies. Also, this confirms the effectiveness of the ongoing information and educational work conducted by the KyrSEFF+ team in Kyrgyzstan since April 2013.
When KyrSEFF was launched in 2013, the majority of Kyrgyz citizens was not aware of the many benefits of green technologies, this situation is now very much changed. Among the businesses of Kyrgyzstan, there is now a sense of commitment to resource and energy conservation issues.

Entrepreneur approached the KyrSEFF+ stand with specific proposals for further partnership or a firm intention to implement a resource or energy-saving project. There were those who asked KyrSEFF+ consulting engineers to carry out a technical calculation – for instance to see the benefits and payback of installing new equipment that would improve and expand their business.

The expert opinion of the representatives of KyrSEFF+ was addressed by the private entrepreneur Kambarbek Tenizbaev. He was inspired by the idea of ​​providing cheap electric energy to the ski resort “Zil”. “I’m a civil engineer by education, I worked on building of large industrial facilities in Kyrgyzstan. In recent years, I have been increasingly interested in green technologies of RES and I look forward to cooperate with KyrSEFF in providing green power supply to the ski resort “Zil”, ” said Kambarbek Tenizbaev.

Apart from providing direct consultations on the KyrSEFF+ stand, our consultants also conducted three workshops.
On the first day of the exhibition, the topic of the workshop was modern technologies for business, which can bring economic benefits to entrepreneurs without harming the environment. That is why the program KyrSEFF conducts active educational work among businesses, calling for the introduction of energy and resource-saving measures. According to businessmen themselves, there is a growing interest in modern equipment, but the obstacle is investment. The 15% grant component, which accompanies a KyrSEFF+ loan, is a concrete solution to this issue.

The second workshop was prepared for the owners of apartments and houses. KyrSEFF’s specialists explained how to choose the right energy-saving materials, and the requirements for their installation. It was noted that quality materials and properly executed work are the key to creating comfort in the house and reducing utility costs.

The third KyrSEFF+ seminar concerned profitable financing for multi-family houses. The consultants told apartment owners about the supported activities under the program. In particular, the conversation was about the benefits of installing an automated heat point, which will allow tenants to cut expenses for thermal energy and regulate the temperature regime in the apartments. In addition, it was proposed to insulate the entrances, external walls, and to install energy efficient windows as well as to insulate the front door. According to our calculations, the implementation of the above measures will allow tenants to cut thermal energy expenses by 50%, and ensure comfort and coziness in apartments and entrances.

People present were especially enthusiastic about the 35% grant provided by the European Union for the successful implementation of energy-saving projects in apartment buildings. In total, more than 40 representatives of HOAs and residents of the capital’s apartments came to the third and final seminar of KyrSEFF+.

Natalia Romanova, chairman of the HOA “Gornyi Krai”, Oktyabrsky district, Bishkek expressed her thoughts about the seminar:
“I was very glad to participate in the seminar on energy saving in apartment buildings. I think that this topic is relevant for many citizens. I live in a panel house, and I must say that in recent years in the winter period, the temperature in the apartments has been declining. Then, I consider necessary to insulate the outer walls of the house. As the chairman of the HOA, I conduct explanatory work with the owners of apartments. Thanks to this, our house and the nearby territory are well-equipped. After the seminar, I seriously thought about the insulation and will intend to raise this issue at the next meeting of the tenants and talk about the profitable financing of KyrSEFF. ”

KyrSEFF+ consultants were invited to conduct further investigative work on the ground with other residents of apartment buildings. Since energy prices will keep increasing, it is necessary to raise awareness among Kyrgyz people, and introduce the support provided by the KyrSEFF+ program that will allow them to reduce their energy consumption. 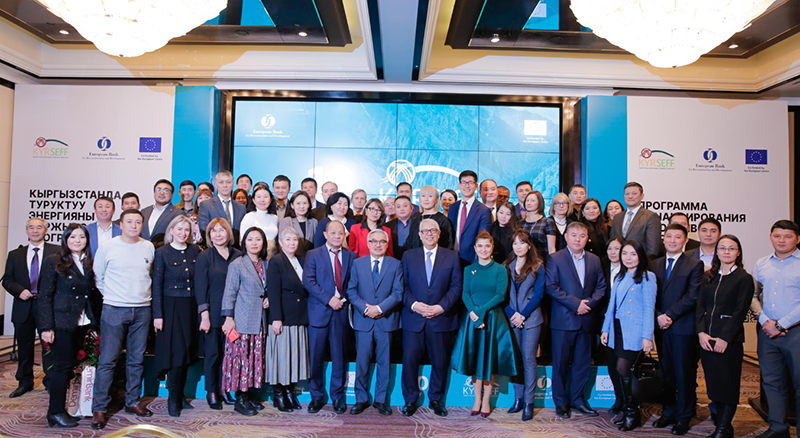 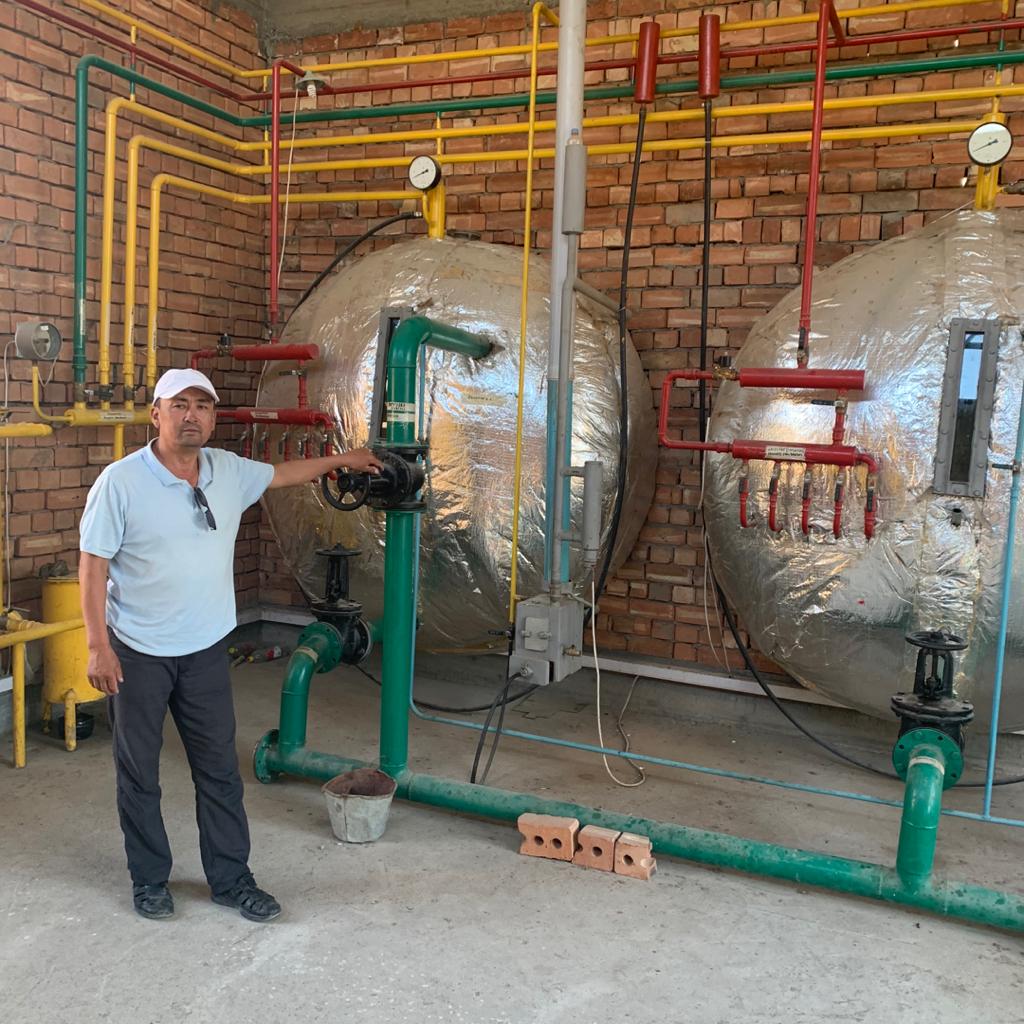 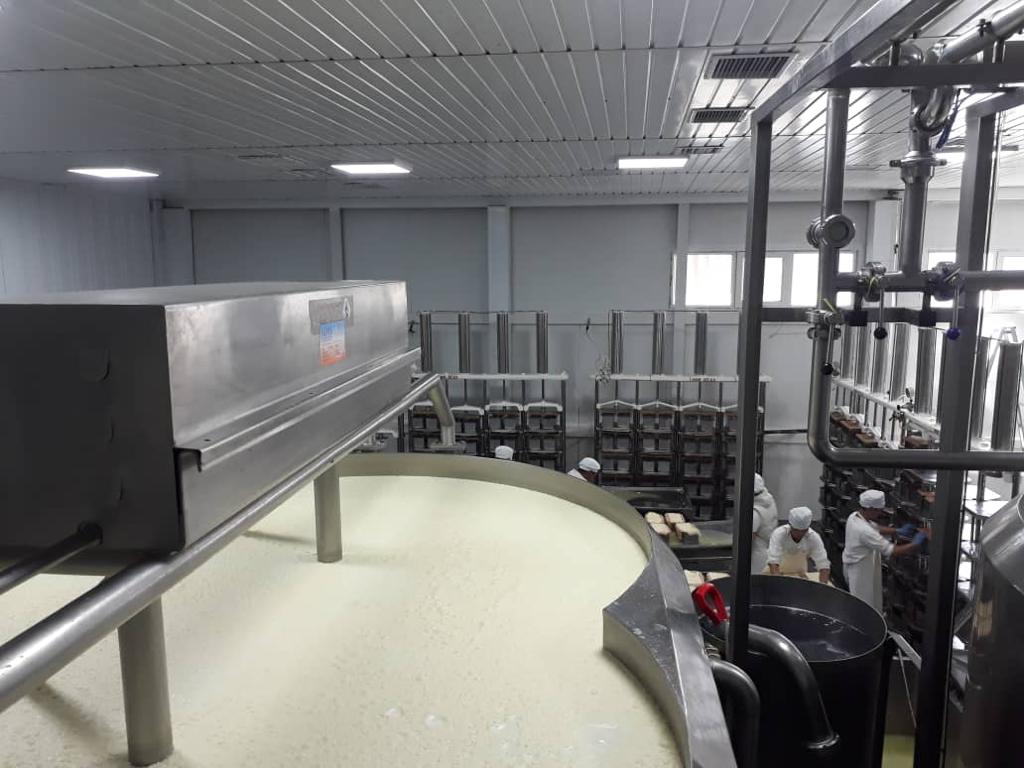 Renovations and capacity extension in a diary factory