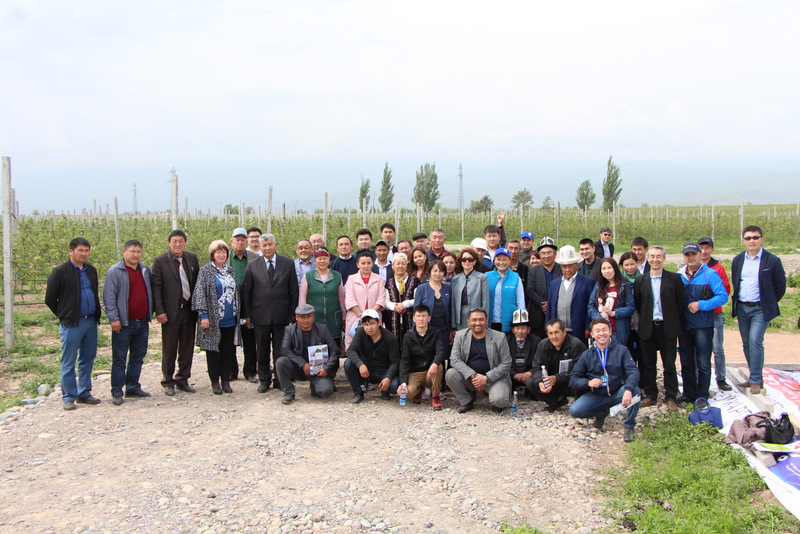 Kemin, 4 May 2018 — KyrSEFF Program organized a spring session and workshop for the farmers of Chui region. Earlier similar seminars were held in Osh and Dzhalal-Abad regions. On May 4, 2018, a traditional KyrSEFF Spring Session called Green Technologies and Resource Efficiency for a Successful Business took place in the city of Kemin. It […]

EBRD and EU support energy efficiency in Jalal-Abad kindergarten Frost-covered streets are a common sight when children leave their homes in Jalal-Abad in the hills of the Kyrgyz Republic. From November until the early spring, temperatures frequently drop below freezing. “We have a continental climate here, far away from any oceans, with extreme temperatures both in […]

On March 16, 2018, Kyrgyz Sustainable Energy Financing Facility (KyrSEFF) with the support of the European Bank for Reconstruction and Development (EBRD) and the European Union (EU) awarded the winners of the second round of the national contest among mass media and bloggers for the best coverage of the theme of efficient and frugal use of resources (material, financial, labor resources, time, […] 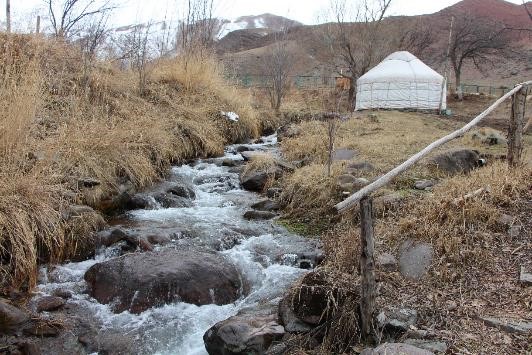 Minimizing negative impacts on the quality of water, soil and air is one of the core tasks of a sustainable business. “Ak-Tilek”, a small resort located in the Sokuluk district, used the opportunities provided by the KyrSEFF program to install a wastewater treatment facility. The Ak-Tilek resort is located in the picturesque Belogorka gorge on […] 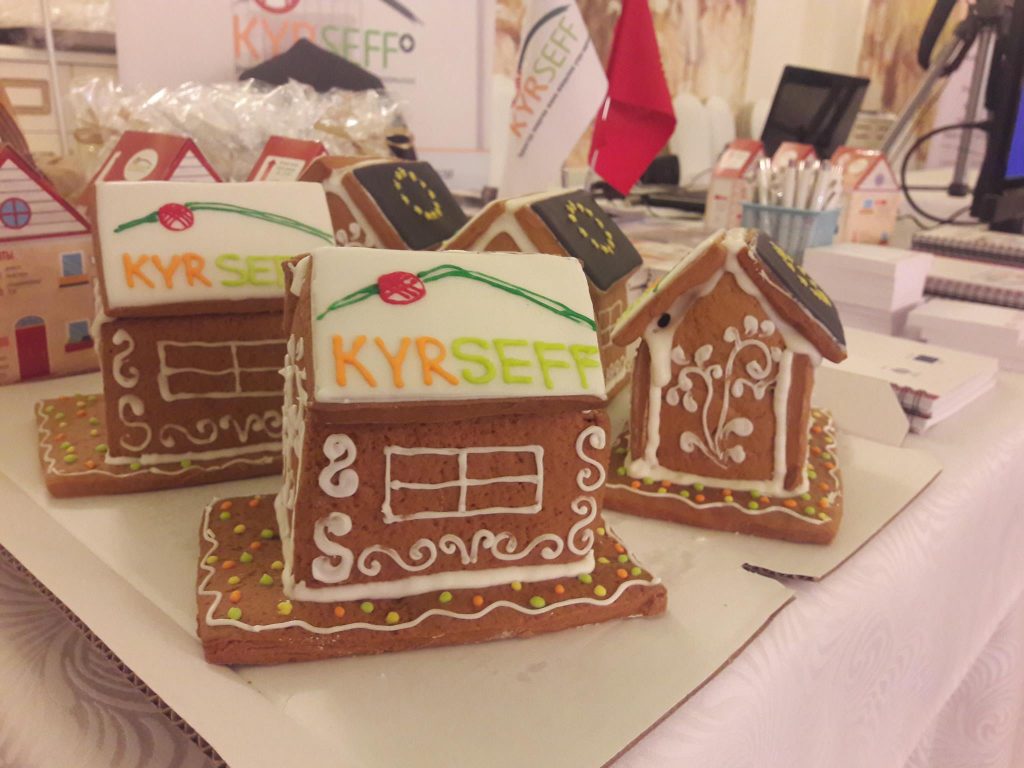 For the third year in a row, the KyrSEFF team participated in the EU exhibition ‘Europe Day’ in Bishkek. This year, the team prepared a special surprise for visitors of the exhibition: the possibility to see themselves through the eye of a thermal imaging camera – a device that forms an image showing the distribution […]

On April 29, the Kyrgyz Sustainable Energy Financing Facility (KyrSEFF+), a program founded by the European Bank for Reconstruction and Development (EBRD) and the European Union Investment Fund for Central Asia, organized a Spring conference in Osh city, entitled “How to create an effective business using green technologies?”. More than 150 people attended the event. […]

Investments of KyrSEFF for preservation of the Issyk-Kul lake

On April 19, 2017 the Kyrgyz Sustainable Energy Financing Facility (KyrSEFF), in partnership with the European Bank for Reconstruction and Development (EBRD) and the District Administration of Issyk-Kul District, organized a seminar entitled “The implementation of treatment facilities in Issyk-Kul: mechanisms for obtaining financing and technical assistance” in the Cholpon-Ata city (Issyk-Kul Oblast). The event […]

Financial solutions for the introduction of green technologies

On December 15, 2016, more than 50 businessmen operating in various sectors of the economy took part in the seminar “Financial solutions for Kyrgyz companies planning to invest in modern technologies.” During the seminar, two programs were presented by the European Bank for Reconstruction and Development: the Kyrgyz Sustainable Energy Financing Facility KyrSEFF+ and the […] 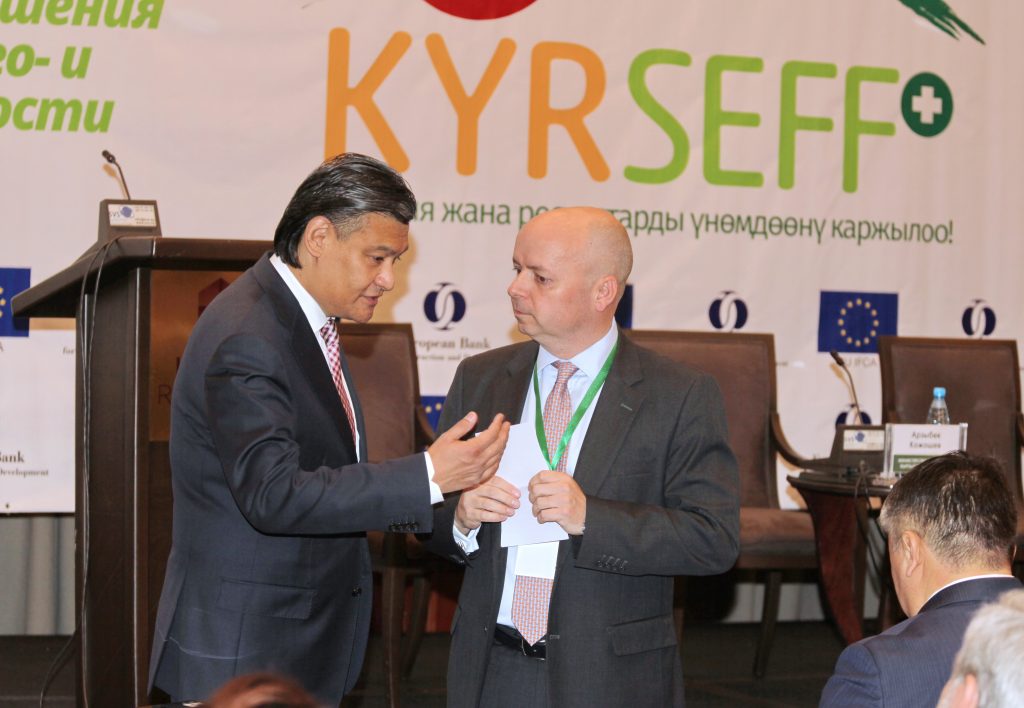 The European Bank for Reconstruction and Development (EBRD) launched a new credit line of USD 35 million to stimulate energy conservation and resource efficiency in the Kyrgyz Republic. This investment is an extension of The Kyrgyz Sustainable Energy Financing Facility (KyrSEFF). In addition, donor funding of more than 9.2 million euros is provided by the […]